From rain to heat...

Recently moved countries- New Zealand to South Africa. Amazed by the difference in temperature: left in rain, arrived to HEAT! 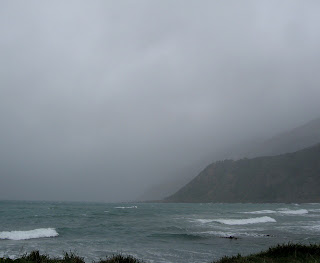 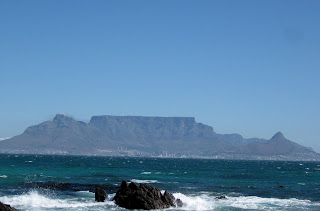 First review for G0fR...and it's a good one!

Hello, readers! This is the first published review for Gathering of Rain...and it's real good! Author Poppet of Exploits and Seithe fame (see my book reviews if you don't know her *shame on you*) has written a glowing review...and I take this opportunity to thank her with every appreciation:


Firstly let me apologise for the fact that there was no blog entry yesterday.

Today I have such a well hidden surprise for you I can’t wait to tell you about it. I’d like to introduce you to Elaina Davidson. She is a writer I’ve known for about two years, and she’s just one of those kind lovely people you instantly like. In a book review swap with her I agreed to read her Nookbook, Gathering of Rain.

I’m going to be completely brutal here. I’ve done my time reading fantasy, and it got to the point where each book I bought with the fantasy genre lable became much of a muchness, they became tedious, boring and predictable. After reading four books in a row by different authors that were virtually identical to one another – that was me, done. I never wanted to read another fantasy again – because quite frankly by that point, they were all utter rubbish not worthy of my money or my time.

I think we all started reading fantasy with Tolkien. I read the Lord of the Rings when it was still one book (not three), and that sort of set a precedent for every fantasy book thereafter – everyone was copying Tolkien’s style and ideas – simply everyone. And this is pretty much what you expect when you pick up fantasy – even the Edding’s brothers smack of Tolkien (and I know that’s going to annoy some people).

So imagine my utter delight when I picked up Gathering of Rain, expecting another mindless carbon copy of fantasy, and it was different. I don’t even know how to explain this book to you, or where to begin with the gushing praise.

Rain, is a person (not a weather phenomenon), and the first few chapters of this novel give no indication that it’s going to be an original fantasy completely different to all the others you’ve ever read. If anything, the first few chapters smack of dark fantasy with sinister and evil undertones. And I read it dutifully, while the characters were being introduced.

I’m an author too, I know we have to do this, in the first few chapters we have to a) introduce you to the characters, b) create the environment and location and give you a great feeling for it, and c) introduce a motivation for you to keep reading.

Davidson hits all three perfectly on the mark, and once she’s accomplished her obligatory author duty she shunts you straight into her imagination, her make believe world, she states the stakes (which are high – death to all humans NOW, that’s a reason to motivate anyone), she then gives you a *global* view of the world in the book, and the different clans, and sets about to conquer you along with the evil about to annihilate Valaris.

I think the reason why this book is so brilliant, is because despite being fantasy, this is a thriller. Davidson just knows how to suck you in to care about the main characters, (and there’s a certain side of your psyche who would just love to meet these people face to face because they’re the new fantasy supermodels of the next millennium). The races she’s *invented*, are naturally glorious. They sound beautiful to behold and I envy her imagination and how amazing she made the planet and immortals of Valaris and the surrounds (other dimensions and planets, such as Ardosia) sound.

This book climbs from page one (and you don’t even realise it). The tension mounts from the first chapter and doesn’t stop climbing. I have never ever read such convincing writing that I felt a part of the action in the middle of a death storm on the high seas (while written in the third person – bloody brilliant!) – I was glued to my computer reading this book (and I’m not a fan of fantasy). Davidson makes you feel the desperation, the heat, the loss, the frustration.

Now I must warn you, this book is the first of a series. And you WILL desperately (upon pain and death to the author if necessary) require the sequel the second you finish Book 1. I’m enthralled with this planet, with the sentient beings and the evil evil evil Or Darak who completely annihilate Ardosia in a matter of hours. And I do actually wish we weren’t living in such fickle times (readers are fickle – they shy away from long thick books) because I would have loved this to be presented in its entirety the way Lord of the Rings was in its original form. (Instead of split up into a series of books)

Davidson is a brilliant author who manages to give you familiarity in every *fantasy* setting. The common denominators with our own existence makes this realm immediately familiar and accessible. You relate to to the world and the people. There are still the party animals who like to come out at night and get piss drunk and gamble and flirt the night away. There’s a place which reminds of Ibetha and Mykonos. There’s a place which reminds us of cloudy moist Britain. And there’s desert and everything else in between. This place is familiar – but not.

At the same time Davidson simultaneously taps into profound (and I do truly mean phenomenally profound) concepts and lays bare human potential and motivation. She takes the complicated, strips it down for you, and re-presents it to you as something you a) recognise and b) understand now that it’s been made simple for you. These are amazing truths and observations which she’s woven into the story, and it’s this level of the writing which truly blows me away (and has made me a fan forever).

I don’t particularly want to tell you what it’s about – because I feel like I’ll ruin the journey for you. Instead I’m simply pasting the blurb here for you. But trust me, from an *I don’t really like fantasy* reader, I rate this book 25 out of 10. Yes, it really really is that good. This is more than a story, it’s genius writing, and Davidson gave me a gift I’ll treasure and read again and again, because she uses vocabulary with such ease that I don’t think she repeats a word more than once. Her grasp on the English language is glorious. Yet not once is it stilted or difficult to read. It just flows, faster and faster and faster until you’re swept up, gripped, breathless, and desperate to read on to get to the resolution.

Two worlds on the brink of destruction. Both will burn. Connecting their shared fate is a linked past, a magical thread of light, and a tear in the fabric of space. Rain travels to Farinwood to find the magician Aven. He isn’t prepared for what he actually finds: the Maghdim Medaillon, the magical disc that creates a thread of light between two realms. Rain is gathered to fulfil his destiny…

Prologue
In a time now passed beyond memory, a man whispered over a golden disc as he set it into a vice. He lifted an engraving tool to mark the first glyph. He murmured the words of an ancient enchantment, a repeated rhythm, until it was perfect, and then whispered some more as he polished. It took time, many months, and he rushed nothing. Spoke of it to no one. Only when the time was right would he reveal his handiwork.


He possessed the tools and skills to achieve his goal, as well as the voice that was impetus and creation. To infuse inanimate gold, to gift atoms sensitivity, to compel unassailable eternity, required tone, repetition and emotion. Imperative was emotion, for it determined the ultimate nature of the infused device. If fashioned in anger, the consequence was an instrument capable of confusion; indifference led to instability, hate to darkness, mockery to deception, egotism to arrogance, and love to illumination and enlightenment. He intended only love.


The Supreme Wisdom- the Maghdim Medaillon- of the Valleur was made tangible and it was beautiful. On the day he laid it in a protective casket, he thought: I am done now. The future is secure.

Each chapter has an introduction, and this is the one I loved most:


There is an obstacle in the mind known as denial. It is able to prevent knowledge entering. But it can also force the mind to move sideways onto a divergent path.
Beware the divergent Path
- The ancient Oracles
Get it! Read it! You cannot ignore this book (despite its cover which really doesn’t give you a feel for the treasure inside the pages) – this book has a way of making you examine, yourself. It’s a truly superb read. 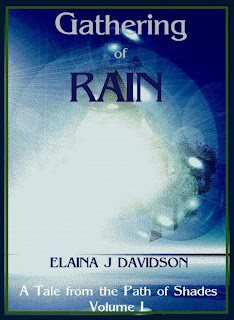 Posted by Elaina J. Davidson at 6:53 PM No comments:

Just a quick note: I am currently between- place, finance, decisions...a host, including internet. Haven't vanished, simply making new decisions...and will be back soon!

You do know where to find my work... *thought I'd throw that in there*

Regards
Elaina
Posted by Elaina J. Davidson at 4:18 AM No comments: