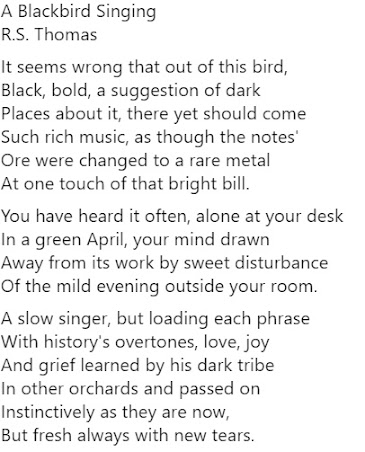 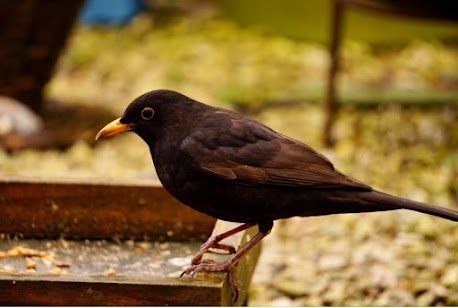 The song of spring!
Posted by Elaina J. Davidson at 3:14 PM No comments: 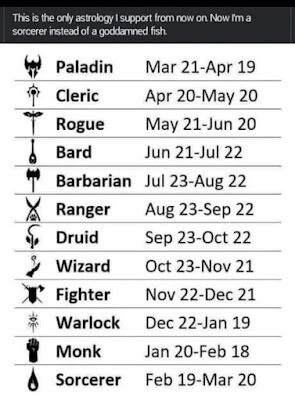 Now busy with The Orphan, which means five stories for the Book of Being. 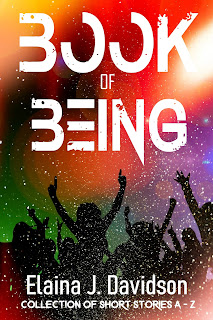 Posted by Elaina J. Davidson at 5:53 PM No comments:

Email ThisBlogThis!Share to TwitterShare to FacebookShare to Pinterest
Labels: Book of Being, short stories 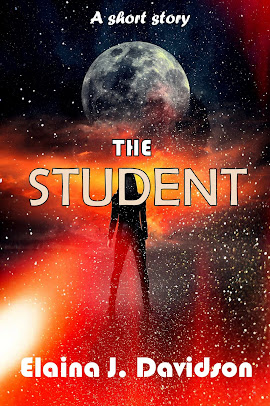 First lockdown has ended and classes are about to resume, but nothing is as it was.

Leanne regards her studies as outdated for an utterly changed world, and decides to do something to help others instead. Her friend Alex has a plane and he is so in when she suggests volunteering in Morocco, and will fly them there.

Soon, the sky above and the sands of the Sahara below will tell their tale.

Posted by Elaina J. Davidson at 4:41 PM No comments:

Email ThisBlogThis!Share to TwitterShare to FacebookShare to Pinterest
Labels: short story, The Student 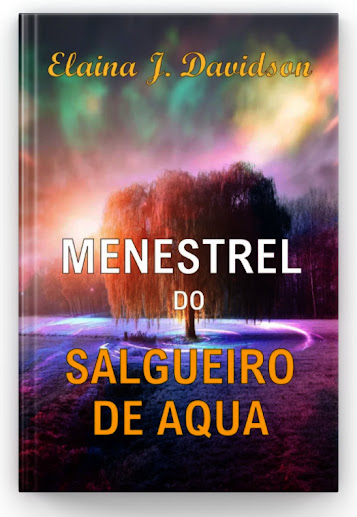 Posted by Elaina J. Davidson at 4:38 PM No comments:

Seen on FB and although it deals with the art of ballet, this fits every creative out there, including writers. 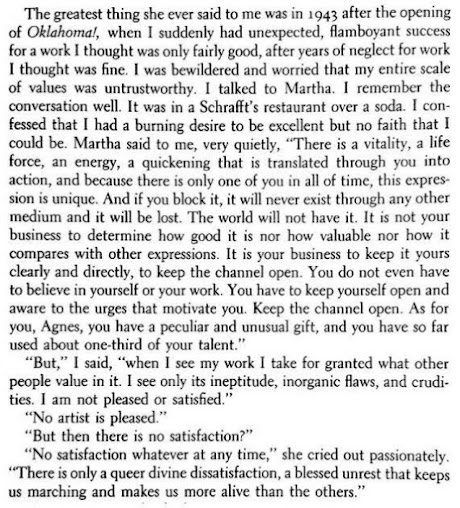 Posted by Elaina J. Davidson at 5:48 PM No comments:

Great to see Lykandir on a Pinterest board!
Posted by Elaina J. Davidson at 5:23 PM No comments:

Email ThisBlogThis!Share to TwitterShare to FacebookShare to Pinterest
Labels: LYKANDIR

Are you a Bookworm? 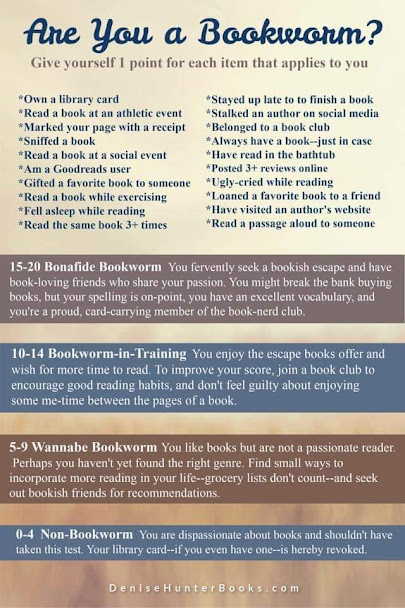 Posted by Elaina J. Davidson at 1:10 PM No comments: 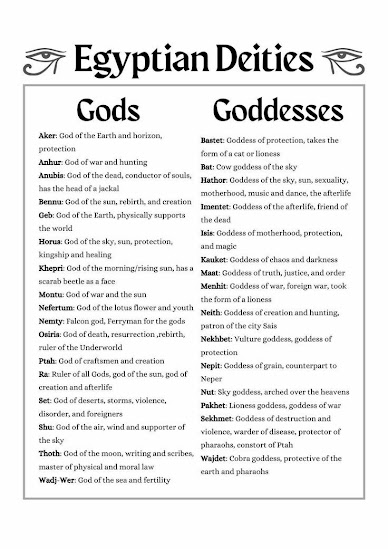 Posted by Elaina J. Davidson at 1:08 PM No comments:

Looking at LORE from a movie POV

So, I was thinking: how would one break the LORE and Ancient Terra books down into movies :)

Lore of Arcana’s four books – The Infinity Mantle, TheKinfire Tree, The Drowned Throne and The Dragon Circle – tell the story of the forging of Torrullin Valla. Who he is, what he can do, who his family is, and who he falls in love with. He makes mistakes, but at the end of book 4 peace has returned to his world, he knows himself, and is about to become a father.

Lore of Arcana has a beginning and an ending, with a few pointers to a different future. Put it this way: the four books would make one movie, although it would be a long one, an epic!

Lore of Reaume’s first two books – The Kallanon Scales and The Nemisin Star – picks up twenty-five years later, and tells the tale of twin boys living in the shadow of their famous father. At the end of book 2, Torrullin is grieving, jaded, and exhausted.

Again, there is a beginning, with some reference to what happened in Lore of Arcana, and an ending, but the story certainly isn’t done.

Lore of Reaume’s next two books – The Sleeper Sword and TheDreamer Stones – commences two thousand years later. Torrullin returns to his birth realm and discovers new power and new paths, but expectation is a heavy burden. He chooses eventually a different kind of future. His new power demands it.

As before, there is a beginning and an ending. The four Reaume books round off to a proper close, but there are pointers to what may happen next, reading between the lines. And, to use the movie analogy, for Reaume, at least two movies, loooong ones. 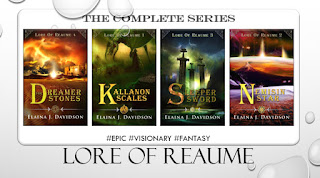 Lore of Sanctum’s four books – The Nemesis Blade, TheEcholone Mine, The Nowhere Sphere and The Master Mechanism – reveals to us and to Torrullin Valla the one man able to match him: Elianas Danae. The action intensifies, and the two men are pitted against each other and against varied enemies. At the end of book 4, given all that went before, it is time for the Valla to bow from the stage. The worlds need to stand up without him ever running interference for them.

Yes, there is a beginning and a definite ending. A few pointers to a potential new future, but if you have read to this point, the ending ticks all boxes. Movies? Definitely four, one for each book! 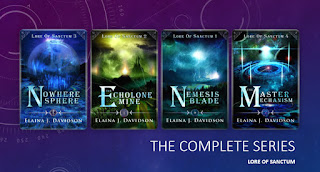 Well, in Eurue: The Forgotten World, we follow Tristan Valla’s story. Having lived in his grandfather’s shadow, Tristan needs to discover who he is without Torrullin. (one movie)

In Farochin: The Terraformed World, we step backwards into Karydor’s shoes, the man who is revealed as Torrullin’s true father in Lore of Sanctum. (one movie)

In Lykandir: The Measured World, we leave the realm we have come to know and enter the other, the one Torrullin vanished into at the end of Sanctum. (one movie)

Avaelyn: The Enshrouded World … well, the book to end it, everything, all loose ends, gathering every separated strand into one massive story. One movie, EPIC.

Of course, Netflix, if you’re reading this, think series, many, many episodes for each book! Crazy situations, serious CGI needed, adult, stuff to keep watchers entranced … are you reading this??

Posted by Elaina J. Davidson at 3:34 PM No comments: 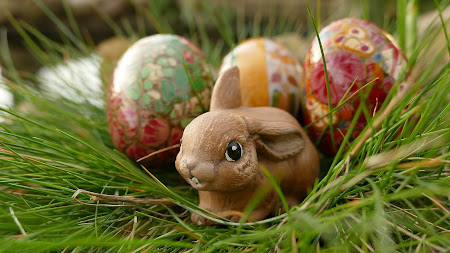 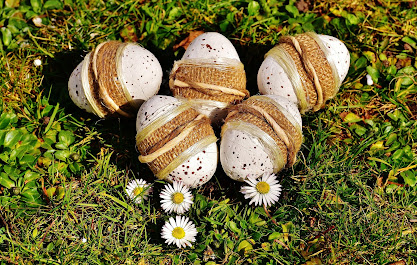 Email ThisBlogThis!Share to TwitterShare to FacebookShare to Pinterest
Labels: Easter

The Sleeper Sword is now in production, yay! 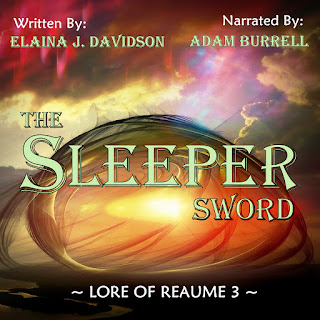 Minstrel of the Water is now added to translations, and is in progress. 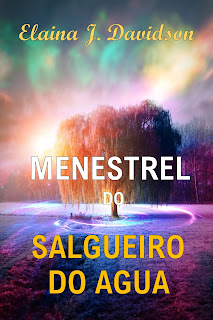 And here's Avaelyn's current book cover. It may still change before we reach publication stage. 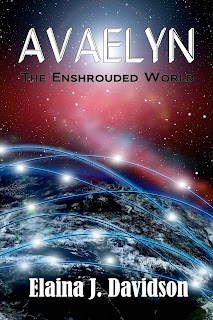 Posted by Elaina J. Davidson at 2:07 PM No comments: