All books are available with Kindle Unlimited

E U R U E
The Forgotten World 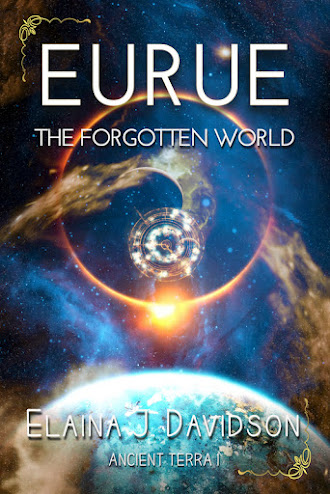 The universe is populated and many worlds are far-flung, forgotten. Until the day Gabryl, a man both alive and dead, his body reposing in a sarcophagus, his spirit roaming as a shifting being, bellows a call to arms. Eurue, as world and civilisation, after ages of isolation, will now step into the ultimate arena.

Tristan and Alusin of the Kaval hasten to answer the summons to where tentacled miasmas are consuming people body and soul. Savier, as Keeper of the sarcophagus, sheds light on an ancient legend. Tianoman, Vallorin of the Valleur, brings the Valleur host to Eurue, and Emperor Teighlar of Grinwallin pledges his army.

But how does one fight miasma?

Who is the true enemy?

Meanwhile, as the spaces become frantic, a woman in a turret somewhere, elsewhere, plans her revenge. The schism between what went before and the reality of the present presents to her the power to control the fate of all.

Who will stop her? 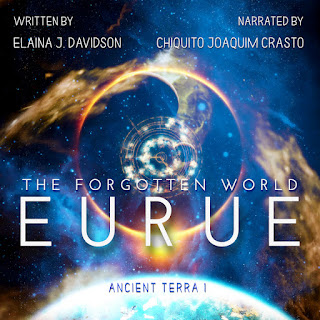 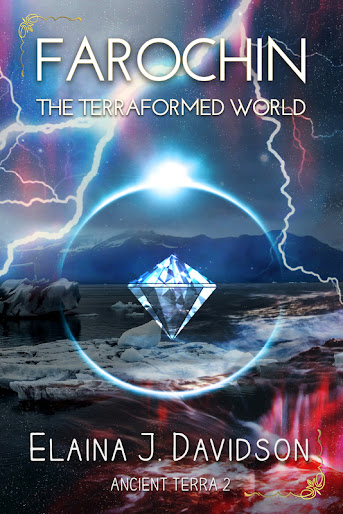 Grief-stricken over losing his wife in childbirth, Karydor commands that his son be drowned. Carers choose to hide the new-born instead. The child, when his father realises his terrible mistake, vanishes without a trace.

Ages later, suffering cycles of rebirth to walk in the same time as his son, Karydor discovers the identity of the man his son becomes and, in need of atonement, sets out to ease his path through life, hoping for a future when he will be able to look him in the eye without guilt.

On Farochin, a world where the terraform is about to fail, Karydor, Kristyn, Echayn and Fletcher team up, hoping to save the world from the influences of FARA, the godhood responsible for the failure.

A god, however, is not easily undermined.

A world is not effortlessly rescued.

A father will step into that arena, though, because of the love he bears his son. This is Karydor Danae’s atonement. 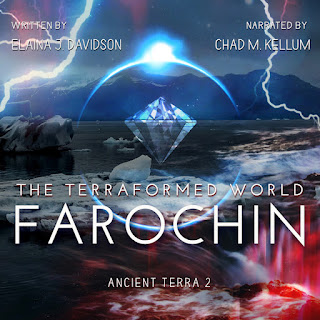 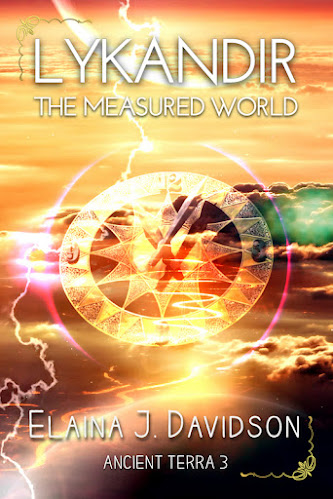 The Dark Ages reigns on a world separated from Time, where men prefer war and women are lesser. Writing is outlawed and city gates close against the night, for the legend of the Wer is frighteningly real.

King Androdin sends his son Cadmus north to meet with his northern rival, Drakan of Caladin, and with him is Aris Delmann, leader of the army. Their journey takes an unexpected turn when they discover not only an enclave of women, but also powerful men from another world, among them Torrullin Valla and Elianas Danae.

Meanwhile, in the south, traitors have summoned an army from a distant land, and soon the first city falls to their might.

When the mages begin their own game of manipulation, using the two-faces clock, Lykandir becomes explosive. It needs but a spark and all hope will be lost.

How dare they? Now is the time to stand together, is it not? Lykandir is about to suffer an overdue shake around and no one will escape it.

A V A E L Y N
The Enshrouded World 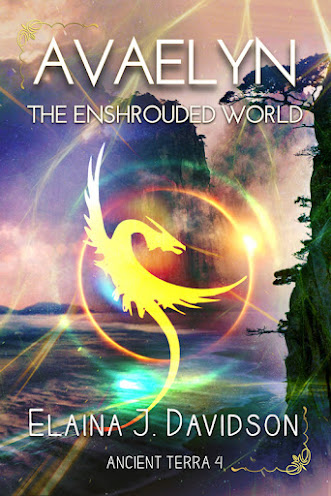 Our children are sacrosanct.
Avaelyn the world returns to Reaume, that great collection of spaces tangible and intangible, after a thousand-year absence, but no one knows the home of Torrullin Valla and Elianas Danae again swerves in its designated place.
Avaelyn is enshrouded.
By magic.
By time.
By manipulation.
How to rip aside the shroud?
On Akhavar, meanwhile, Enlyl Valla lifts from the mud in the badlands an ancient artefact, a sword created to protect children. The plight of Reaume’s children is dire, after all, and volunteers from many worlds gather to do something about it.
Will the sword help?
When the shivers of premonition tell that the young are taken to keep Avaelyn enshrouded, the Vallas take the fight to the monsters responsible for such horror. They will not rest until every child is safe.
However it comes to pass, Avaelyn will be unveiled.
AMAZON

A V I O R
The Mythical World 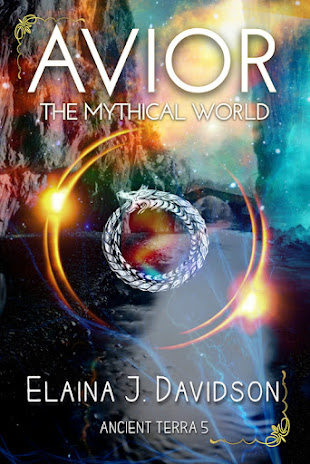 The Vallas go to war with each other.

Avaelyn returns to Reaume, no longer enshrouded … but soon another world draws attention, for it is there that the great battle will be fought.

On Valaris, four strangers to the realm prepare to face Torrullin and Elianas, Tristan and Alusin, and they have a tale that raises terrible alarm. On Akhavar, the reality of the true enemy surfaces. The Path of Shades must be reopened … and old foes therefore step into the arena. A vengeful Timekeeper, an ancient Vallorin with a bone between his teeth, and a wife seeking to undo her husband.

The plight of Avior’s children is discovered, and all fight to save them from the monsters flourishing beneath the shroud created by myth. From dragons to darklings, the field is strewn with horror.

How to end their reign?

All are called into battle, from the Valleur, Kaval and Guardians to mysterious sorcerers gathered on the volcanic world of Danaan, but is Valla pitted against Valla that causes shudders in the ether.

No matter what, Torrullin will not stand aside, not until every child is safe. 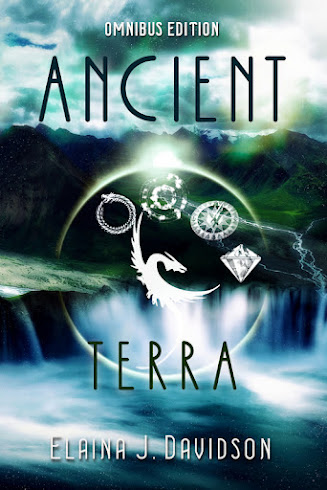 At the end of the Lore Series, Torrullin Valla and Elianas Danae vanish into the mists with their homeworld Avaelyn, but the story doesn’t end there. What happens to Tristan Skyler Valla, for example, about to embark on a Timekeeper journey with Alusin Algheri? Where is Karydor Danae, the reincarnate father Torrullin has yet to meet?

In EURUE: The Forgotten World, a century later, we find out about Tristan and Alusin’s future as they pit their talents against a man half-dead, half-alive lying in a hidden casket somewhere on Eurue. Gabryl embarks on a campaign to rouse the realms to Eurue’s forgotten status, using the strange spinning orbs known as daetal to further his ambitions.

In FAROCHIN: The Terraformed World, we meet Karydor as he wakes up to memory loss on Farochin ages before Torrullin has ever stepped forward as the power he will become. Karydor and Echayn Valla, his brother-in-law, soon find themselves racing to save Farochin from Felix of the Murs, who seeks to undo the terraform in order to become a god. Karydor seeks to atone before he meets his son.

In LYKANDIR: The Measured World, two kings look up to see a world on approach. King Androdin in the south and King Drakan in the north understand that it will lead to chaos, utter change. As clansmen, watchmakers and wer-men scramble for solutions, the kings find themselves face to face with the men from that world, led by Torrullin Valla and Elianas Danae. It seems Lykandir and Avaelyn seek to occupy the same space in the realm Avaelyn vanished into.

In AVAELYN: The Enshrouded World, the timelines align once more. A thousand years have passed, and Avaelyn returns to her designated place. However, many wish to keep Torrullin and Elianas at bay, and thus is their world wrapped in a shroud that blinds all to their presence. Meanwhile, the children of Reaume suffer to keep it that way, and that is simply unacceptable.

In AVIOR: The Mythical World, the true enemy is revealed, an Ancient Valla who seems hellbent on creating a seat of tyrannical power. To the world Avior, which most regard as a myth, all forces are summoned. The entire Valla family strides into battle, for only the Vallas can stop this Valla. What they discover below the surface is heart-breaking.

From the realms of time to the reality of lost souls, through hope and cruelty, we reconnect with familiar characters, and meet a host of new ones. An old sword with an agenda reappears, while a new talisman is forged from desperation … and so much more. An epic adventure, indeed! 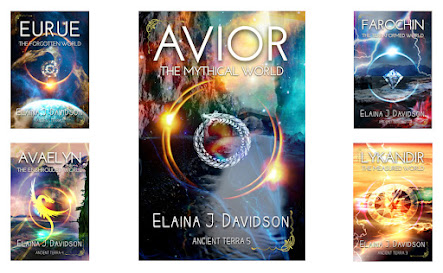