Flash Friday: about a village


The San village was akin to all clan villages in that it was entirely enclosed with one main gate as access. The enclosure was a huge wooden fence constructed of logs as thick as a man’s waist and towered three times the height of an average person. Other villages used man-made and natural barriers- cliff-faces, mountains, a ravine- but whatever it was, all villages were enclosed. For generations the gates had nevertheless stood open. The paranoia after Drasso had gradually ceased. Within, each family maintained abodes, from where they left each morning to tend the fields, or to the task earning their place in the village. Each evening, before the sun set, they returned. One day in every eight was given over to rest…and the periodic feast day. At night only travellers were found on the paths and ways that connected villages and clan holds, but travellers were few.

Email ThisBlogThis!Share to TwitterShare to FacebookShare to Pinterest
Labels: ebook, House Of Valla, Tales from the Path of Shades, Writing 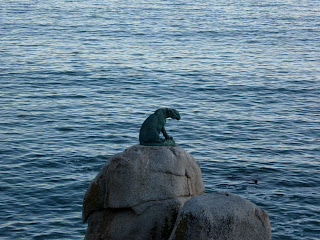 Posted by Elaina J. Davidson at 3:14 PM No comments:

Tales from the Path at a glance... 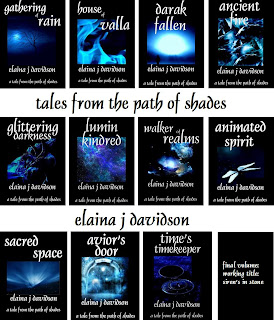 Lift the temple knocker softly, friend; you never know which god will answer your summons. 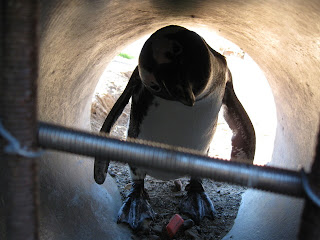 Tell the truth, traveller, or you create issues hard to overcome later.

Email ThisBlogThis!Share to TwitterShare to FacebookShare to Pinterest
Labels: ebook, Shadow and Sage, Tales from the Path of Shades 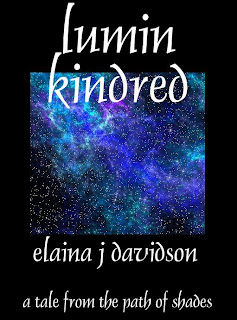 Email ThisBlogThis!Share to TwitterShare to FacebookShare to Pinterest
Labels: ebook, Lumin Kindred, Tales from the Path of Shades, Writing 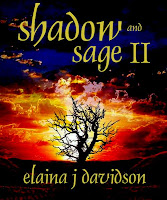 Email ThisBlogThis!Share to TwitterShare to FacebookShare to Pinterest
Labels: Ideas, pagan, Shadow and Sage, Tales from the Path of Shades, Writing

‘Octavi removed her earrings and when she threw them to earth, great fissures formed in the land between Harri’s Harpies and Honorus’ Hounds. Women, boy, are very clever, very clever indeed.’

Email ThisBlogThis!Share to TwitterShare to FacebookShare to Pinterest
Labels: Characters, Excerpt, Shadow and Sage, Tales from the Path of Shades, Writing 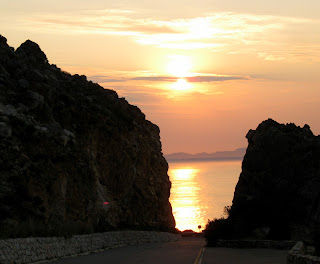 
A screech tore through the town of Farinwood. Rain surged up in his bed as the reverberations shivered over his skin. The echoes of his dream- a fair girl crying out her name, ‘Mitrill, my name is Mitrill’- caused momentary confusion, and then he knew where and when he was. Night in Farinwood.
Here it was a child on the hunt. And not alone.
And then, like crystal shattering in the ensuing dead silence, a woman sobbing as if her heart had been ripped from her body.
Aaru, how could the men on the streets be expected to stop this? One was father to that screeching child. One was husband to the woman trapped in hopeless grief.
Anger was then heat and resolve. Rain left his bed, snatched his cloak up for warmth and doused the smoking lamp on the small table under the window. A moment later he snapped his fingers for the tiny flame that danced upon his palm. A sorcerer’s trick. And, on this world that despised even a sunset as too much magic, a noose slung over a branch. He needed to be ever careful; vigilantism was alive and well on Valaris and continually on the prowl for magic-users, a mindset that would lead to confrontation. Infinity would win by default- men would kill each other while she laughed from the sidelines.
Posted by Elaina J. Davidson at 8:40 AM No comments: