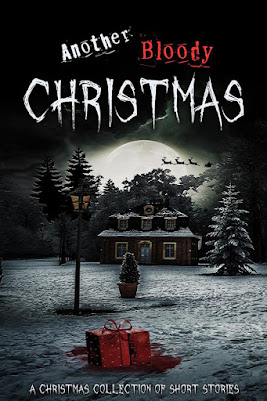 Lol, that title always gets me! This year, of course, most of us are hoping that gatherings can take place, so, whether it's another bloody Christmas or not, we look forward to festivities of some kind. Still, feel the need to escape all of it? Then do grab this anthology! Eight brilliant stories with a Christmas theme, some scary, some horrifying, others saddening, and even laughter will find you :)

8 British Christmas shorts from the Wild Wolf stable to get you ready for the Holidays.

1: A Corpse for Christmas by T.K. Geering ~ While Jack the Ripper is terrorising Mitre Square, bodies are going missing too.

2: Gabriel by Elaina J Davidson ~ Old houses keep old secrets. Ivy discovers that not everyone loves Christmas as much as she does. The dude in the mirror is trying to kill her!

3: The Sins of the Season by Richard Rhys Jones ~ At a time when the gentry rule us peasants, a vicar in a remote parish has his hands full of the deadly sins. Once a druid enters the opulent halls of shame, it all gets bloody interesting.

4: Stocking Killer by Jillian Ward ~ Of all the times of the year to cheat on her man, she chooses now! Well some dude needs a lesson to keep his hands off and Dave is on it like a man possessed; it doesn’t end well for any of them.

5: Christmas Nerd by Joanne Sexton ~ Her family was brutally murdered on Christmas and this holiday is dreaded by her every year since. That's until the cute IT guy makes his move and Kaley gets to have a family Christmas for the first time in decades. The problem with good looking guys is they always have issues.

6: On the Twelfth Day of Christmas by Paul Rudd ~ Thrown back into the 80s we follow Tommy and his friends through the most treacherous board game ever created. It’s awesome, it’s ruthless, and the entire town is now dead! If a stranger tempts you to play a game for the 12 days of Christmas, you might like to reconsider.

7: The Secret of Hungry Summit Mountains by Hannah Ferguson ~ Eloise was just another girl until she was attacked by a vagrant. This one act derails her entire life, leaving her homeless, pregnant, desperate, and depressed. Getting home for Christmas didn’t even cross her mind.

8: The Whispers of Christmas by Poppet ~ Angela is living in a reality that keeps warping. She’s hearing things, has a stalker who’s gas lighting her, and is forced to get high when she goes home for Christmas. Then things get really weird.

It’s just ANOTHER BLOODY CHRISTMAS for these characters, but what the hell, we only live once.